Where does learning begin? At home.

Natkhat, a 33 minute short, underlines the fact that home is where we learn the values which shape us, and makes us who we are. It is an old-fashioned, nearly-forgotten word– ‘values’, but the most empathetic, and understanding people we know lay emphasis on how they grew up right.

Natkhat is one of the four Indian films selected by MAMI, which is screening at the on-going global film festival, ‘We Are One’ (4.30, IST, June 2), and is a valuable addition to the films which call out patriarchy, and how utterly damaging it can be.

A story framed within a story is the device the film uses, as it shows us a little boy (Sanika Patel) going about his days, at school and at home, his sharp eyes and alive mind observing and emulating those around him, and how what is labelled as harmless mischief (‘natkhat’) can quickly roll over into horrifying bullying and worse.

Having witnessed a bunch of older teenagers indulge in dubious activities, and participated in a disturbing encounter engineered by some boys in his class, our little fellow skips home, into the loving, cleansing embrace of his mother, played by Vidya Balan.

The actor, who’s turned producer with the film, is the moral centre of her son’s universe, as he is shown taking in the chat at the family dining table (Balan, the ghoonghat-clad wife and daughter-in-law serving her husband, younger brother in law, and father in law (Raj Arun, Sparsh Shrivastav and Atul Tiwari), attentive to each frown and comment) as the men talk casually about ‘dealing with’ pesky, independent women. This ‘boys will be boys’ indulgence is where it all starts, whether it is pulling a little girl’s plait, or, a few years later, beating your wife.

Balan’s bahu’s bruises are a story in themselves, and are strong reminders of how forcibly gendered our childhood can be, how misogyny is not just a male preserve (the mother-in-law is silent and complicit, perhaps perpetuating her own treatment, and ensuring that the cycle of domestic violence stays unbroken) and how a corrective can be put into place. The story within a story device is distracting, though: the film’s strength resides in the mother-and-son, the core which quivers with each blow, and settles with a soothing touch.

Natkhat’s theme is not new but needs as much iteration as possible. And the treatment, by director Shaan Vyas (his striking debut production Kshay, which was directed by Karan Gour, has stayed with me), makes it powerful. It deserves a full-fledged film. I’m curious about how Balan’s character found her own strength, and how that little boy turns out. 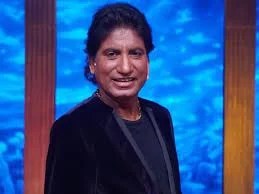 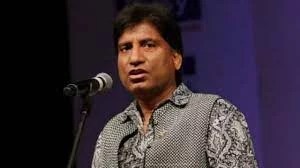