Perhaps the butterfly is proof that you can go through a great deal of darkness and still become something beautiful.-Unknown

The National Butterfly campaign is in its full swing. Exploring we found a 17-year young lad of Bareilly, Jeevanesh Sawhney, son of Anil Sawhney an environmentalist and wild life enthusiast, who is working on the life of
butterflies. In candid chitchat with The India Rise Correspondent Dr Vaishali Agarwal, he talked about his research, The National Butterfly Campaign, his aspirations and his dreams. For our readers, we bring the excerpts of the chat

What made you fell for Butterflies when your father is more into bird watching?

Butterflies!!! A pleasure it is to see these amazingly beautiful creatures fly to vast lands. Since I was the age of seven I was attracted towards the beauty of these tiny marvels which encapsulates our soul and nourishes it with the magnificence of the patterns that lay upon its wings. Their quality to bring with them a myriad of colours to wherever they go and glee to the melancholic lands of our gloomy development is simply great. Talking about your Observations how will you describe the lifecycle of a butterfly? Butterflies through their compelling life cycle force us to reflect on our own lives.

Maya Angelou, a great poet described it as, “We delight in the beauty of the butterfly, but rarely admit the changes it has gone through to achieve that beauty.”

The life journey of a butterfly starts by conversion of its egg to a caterpillar. Caterpillars come in all shapes and sizes; they range from beautiful, coloured to camouflaging caterpillars with the resemblance to dried leaves. To follow is the pupa stage in which the caterpillar settles down on a suitable spot and spins a pad of silk and firmly anchors itself to its perch by its last pair of sucker legs. In this phase, the tissues and structures of the caterpillar are broken down and replaced with those of the adult butterfly and finally after that is the appearance of the butterfly from its pupa. Waving legs it thrusts out and the insect hauls itself clear of the case

I had keenly and closely observed the activity pattern of the insect,· how it sets off to begin its activities like searching for food, fighting for its territory and mating. The adult insect consumes only liquids: nectar, juices from overripe fruits, oozing plant sap, liquid mud, animal dung and urine, human sweat, body juices of dead animals in the soil.

Butterflies as adults are short-lived insects. Their life span ranges from· a few weeks as in some Blues, to eight months as in Swallowtails. Even in their short life span, butterflies are able to complete several tasks for the continuity of their species. Rabindranath Tagore once said, “The butterfly counts not months but moments, and has time enough.” A great example of this is that of Monarch butterflies, which leave their summer breeding grounds in the northeastern U.S. and Canada and travel upwards of 3000 miles to reach southwestern Mexico.

Since 2016, I have tried recreating an Ecozone for the butterflies by· growing a varied range of hosts’ plants. For population butterflies need minerals which they get from damp, mushy, soiled areas which are called mud puddling. We tried providing them that where they can sun bask and take minerals as required. The results are fascinating as we were able to spot about thousand butterflies with each passing year out of the species available. Some of the butterflies found in our region I observed are Common Jezebel, lime butterfly, Blues, Tiny grass blue, Indian Nawab, Common Pierrot.

● What are the threats posed to these little wonders?

Jeevanesh feels worried and shares, “These nature’s gems are slowly vanishing as they simply can’t flutter their wings out of the colossal mess” man has made in order to fulfil his desires. A global assessment of wildlife populations in 2014 by the World Wide Fund for Nature and the Zoological Survey of London found that the sheer number of vertebrates on earth had declined by more than 50 per cent since 1970. While the ZSL report did not assess insect populations, irrefutable evidence of their decline and clear examples of insect extinctions can be found. The most striking example of this is the monarch butterfly, whose populations have declined by 80 per cent.

What is the connection between a butterfly and the ecosystem?

Butterflies have a great aesthetic value and also play key roles in our ecosystem. They act as pollinators for several flowering plants as well as act as a food source for several other predators helping in the preservation of the food chain. They are also amazing indicators of environmental variation and indicate broader effects of environmental changes.

Tell us about this National Butterfly campaign and who will you vote for and why? “

As our country boasts of having a national animal, national bird similarly this campaigns targets to achieve our national butterfly”, says Anil Sawhney. He further shares, “Butterflies play an important role being the representative of nature conservation and also are important biological indicators that reflect the condition of our environment. to create awareness about these little wonders amongst the Indians and celebrate their existence, the butterfly enthusiasts and nature lovers from all over the country have gathered as a National Butterfly Campaign association to nominate India’s National Butterfly”.

For the same voting is being done. “On a personal viewpoint, I feel that“Common Jezebel” should be acclaimed with the title as it is widely available across India and the most admired one too”, says Jeevanesh.

Adding he says, “Common Jezebel is a brightly patterned butterfly reflecting the colour scheme of haldi kumkum (turmeric) which is of great importance in Indian culture. This bold pattern has evolved to show off its toxic nature, which protects it against many predators.”

Tell us about the voting procedure?

Kindly cast your vote on the poll page (Click Here) to choose the National Butterfly, and share the link with your friends and family so that they can vote, too. Please note that multiple votes from a single entry will get cancelled.   The poll has started from 11th September and will conclude on 8th October 2020, at the end of the Wildlife Week.

What is your suggestion to the youngsters of present times?

Try everything you can on your end amidst the means available with a motto to convert harsh man made stuff which is non-biodegradable and harmful threat to nature into degradable and natural stuff. Love Mother Nature and she will love you in tonnes. Anil Sawhney is of a view that the best gift from a parent to the teenagers and youngsters is not a gazette but a quality camera which they should use to capture any component of nature at its best.

On the concluding note, we would like to know about your future ambitions and dream

Sharing he says, “I want to make my career in Forest service’s where I can live my passion to the fullest along with being professionally settled. Talking about his wild dream he smiles in a secretive mode and says, “This is a bit extravagant but I really want to travel the whole world and see almost each Butterfly that Exists. 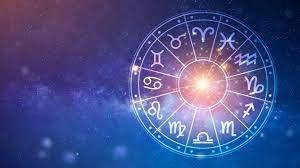 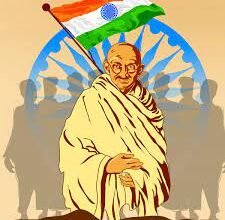 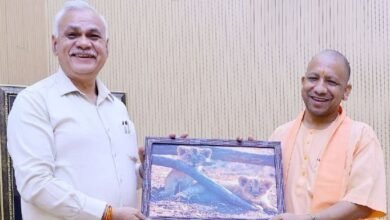 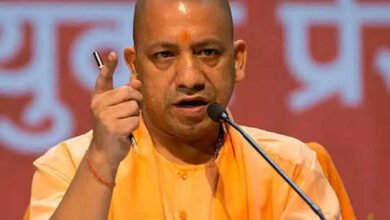