“Talent has no boundaries, has been very aptly proved by Abhishek Sharma, the author of “Street fighter” of Bareilly, who otherwise runs an advertising business.

Talking about the man, Dr. Abhishek Sharma is a Doctorate in management and has over a decade of experience as an educator, entrepreneur and consultant.

Prior to pursuing MBA he was selected in a combined defense services exam and underwent basic combat training at Indian Military Academy before he met with an accident during training and had to withdraw from it. He completed his MBA from MJP Rohilkhand University with specialization in Marketing & Human Resource Management.  He has presented several research papers and cases in national and international seminars and conferences.

His published work includes research papers and case studies in national and international journals and chapters in books. He has conducted Projects & training Assignments for Organizations such as Bajaj Hindustan, NHPC, Videocon among others. Prior to academics, he has held responsibilities in sales and administration in the field of web promotions & retail. His areas of Interest are Marketing & Economics. He co-founded Real Max Infraheights in the year 2014 and is currently working there as Director (Business Development).

Talking about the book he shares, “In this one-of-its-kind book, a martial arts and street fighting expert divulges the secrets of leading a successful life by using a fighter’s mentality to face obstacles. The best way to know about a Man’s Character is to go with him for a couple of rounds in the ring. You would know more about him than he himself does.” On the question why this sort of topic for his first Dr. Sharma reveals, “ As I  started learning martial arts to get better at street fights and found myself indulging in them during my years of growing up and unknowingly became a student of the combat arts until I finally settled down and had a life.”

Speaking further he told that although considered a nuisance in itself and rightly so, the fights that he found himself in and the combat anecdotes of the greats, made contributions of the highest order in his approach and attitude towards life.

“The lessons learned on the streets and in the rings gave a definite direction to my life which otherwise was missing.” He in this book has tried to comprehend these virtues for the readers and hopes to make a small contribution in the enrichment of all those who are willing to take a hit or two with a grin on their faces. The methods have largely worked for everyone that the author has shared it with. He also says, “This does not mean physically fighting, but it means using a fighting spirit to emerge victorious from difficult situations.”

On an ending note he signs off by stating the Motto of Kyokushin Karate ” Keep your Head low, Eyes high and Mouth shut”. 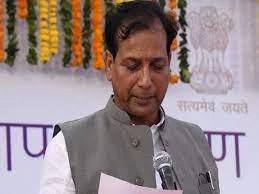