A mouldering haveli in Lucknow is where much of the action plays out, in Gulabo Sitabo, the latest Shoojit Sircar-Juhi Chaturvedi offering, which is the first big brand new Bollywood film to open on a streaming platform, in these theaters-shut pandemic times.

The face-off between Fatima Mahal’s grumpy old self-appointed guardian, Mirza Chunnan Nawab (Bachchan) and the bunch of tenants who’ve grown roots, led by likely lad Baankey (Khurrana), makes up the bulk of the proceedings. Complicating matters further is a canny character (Raaz) who works for the archaeology department, a shifty lawyer (Kala), Baankey’s family comprising his mother and sisters, and Mirza’s cranky wife Fatima Begum (Jafar), who out-scowls him, and everyone else.

This is exactly the kind of space that writer Juhi Chaturvedi, long-time Sircar collaborator, is so good at filling up. Both Vicky Donor and Piku were delightful comedy of quotidian manners: the first gave Bollywood a new kind of hero in Khurrana; the second gave the Bengali alimentary canal the importance it deserves, through Bachchan’s elderly gent and his penchant for gelusil. Both proved, as well as the sombre outlier October, that the story is king.

But this motley bunch in Gulabo Sitabo, which also includes a lusty, out-spoken young woman (Srivastava) and property shark (Mallang), doesn’t really lift off the screen. There are parts where you are mildly amused, especially when the excellent Kala is doing his deadpan thing. Or Raaz’s self-important official who says, ‘hum sarkaar hain, humein sab pata hai.’ Or the knowingness in Jafar’s sunken eyes. But these are fleeting touches. None of these characters is madly, consistently interesting: we stay the course, but at one remove. They don’t make us care.

The haveli itself — crumbling, falling-to-bits, filled with a warren of rooms inhabited by several families who have been there for generations— has real character. The lines are peppered by classic home-grown phrases that you can hear on the roads of Nakhlau: ‘gariayao mat,’ says a character, and we break out into a smile. I don’t remember the last time that very specific-to-place word was spoken aloud in the movies.

But the interactions between Bachchan and Khurrana, who come together for the first time, are flat. Bachchan’s Mirza, face hidden by a straggly white beard, thick glasses and a bulbous prosthetic nose, should have made us chuckle. That he is really a simpleton under all the grouchiness is a quirk left for too late, by someone having to say it out loud: Mirza comes off mannered, and laboured. Khurrana dives into his unlettered ‘aata chakki’ owner, and he can do ordinary so well, but there’s not much spark to his Baankey. And a touch of climactic poignance is neither here nor there.

I missed the zest, the drollness and sharpness, that Chaturvedi’s writing is so full of. Some of that edge shows up in the way the women, old and young, are etched, all happily themselves, never at a loss for words: you wish they had more to do. The names of the characters in the movie (the property agent is called ‘Munmun ji’, haha), the description of characters (one is called ‘tatpoonjiya’), the movie’s name itself, based on two popular folksy puppets, is more fun than the movie itself: both the tale and the telling are middling. 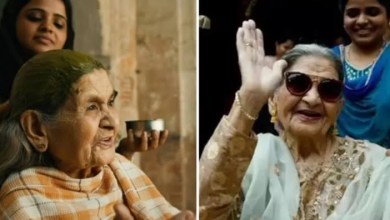 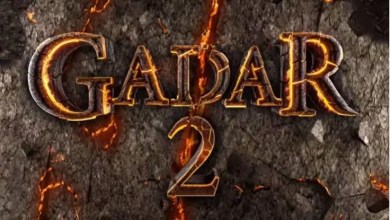 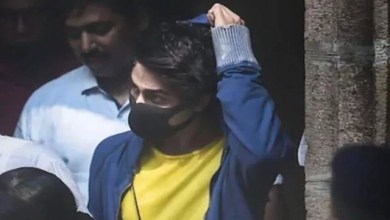 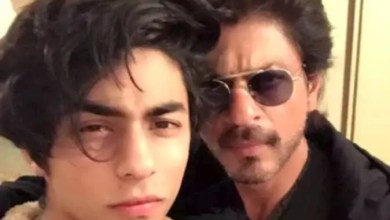