Even as the CBSE decided not to hold the class 10 and 12 board exams, which were scheduled to be conducted from July 1, it will still go ahead with announcing the results. As informed and mentioned by the Human Resource Development Minister in an earlier interview, the CBSE class 10, 12 results will be declared by July 15, under a special scheme.

In case a student is not satisfied with the marks given under the special scheme, they can appear for a later exam, the dates for which have not been announced yet. Further, after these exams, no improvement paper will be held as this facility is only available to class 12 students.

The exam was not held for some 40-odd subjects; for students of class 10 and 12 who have completed all their exams, the result will be declared on the basis of their performance. The evaluation process for these exams had begun during the lockdown, as teachers were given answer scripts at their home to evaluate.

In the case of students who have appeared for more than three subjects, the ‘average of marks obtained in best three performing subjects’ will be awarded for subjects for which the exam was not held, as per the board.

For students who have appeared in exams in only three subjects, the average of marks obtained in ‘best two performing subjects’ will be awarded for papers for which exam was not held.

As per an official notification by CBSE, “There are very few students of class 12, mainly from Delhi, who have appeared in exams in only 1 or 2 subjects.” The result for these students will be calculated based on performance in appeared subjects and performance in internal or practical or project-based assessment. These students will also be allowed to appear in the optional exam conducted by CBSE to improve their performance, however, this is an option.

First Indian Army PARA Commando,Lt Col AG Rangaraj will be honored as "Korean War Hero for the month" in July 2020. 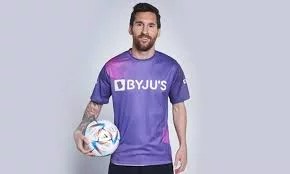